Will a German Shepherd Attack an Intruder if Untrained? 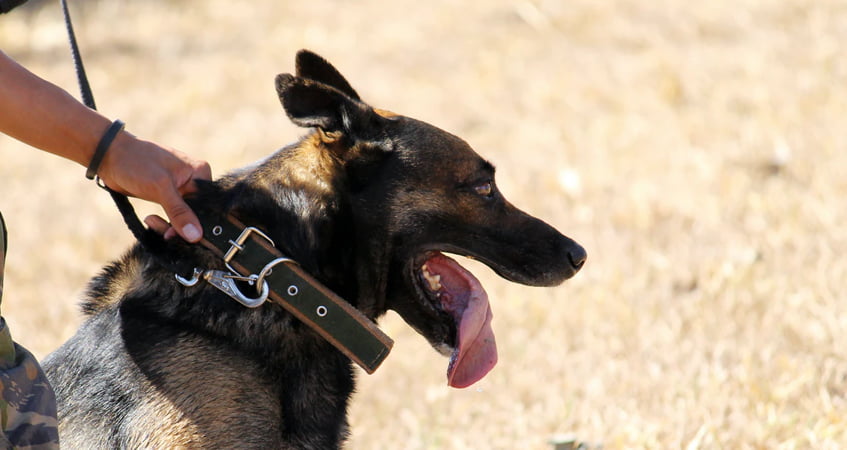 Will a German Shepherd attack an intruder if untrained? That’s one smart question!

German Shepherds are one of the most loving, protective, and loyal dog breeds in the world.

One of the main reasons why people around the world adopt a German Shepherd, other than their love, is to protect the home against intruders.

If you just adopted, or planning to adopt, a German Shepherd, you may be wondering will the dog attack an intruder without any training.

It’s a fair question. Protection is one of a GSD’s best qualities.

In this article I’ll discuss the different scenarios, and what to expect from an GSD when trained and when not.

However, before we dive in, you should keep in mind that German Shepherds, and dogs in general, are individuals and their reactions differ from one to another. Just like humans.

What one dog does, may not be the case for another. You shouldn’t be upset if your dog doesn’t, or hasn’t, react as described here.

Will my German Shepherd Attack Guests?

Generally speaking, German Shepherds are very a friendly and loving dogs to everyone.

Despite only bonding with 1 or 2 people. They love meeting and playing with different new people.

While meeting your guests, strangers to the dog, an attack is very unlikely to happen. The likely scenario, instead, is your dog will lick the hell outta your guests.

GSDs are smart. They can understand the context of the introduction to the new guests and decide accordingly.

If they don’t sense any threat, they’ll just keep doing what they know best: being friendly.

When your friends or family members visit, your GSD will probably be the first to welcome them with his tail asking to be petted.

Will my German Shepherd Attack an Intruder?

If your GSD is trained, then the clear answer is definitely yes. Your dog will fiercely attack the intruder.

A German Shepherd can go to extreme lengths to defend its owner, and his home.

There are many cases where the dog would risk his life to save the owner’s. Loyalty is part of German Shepherds’ DNA.

Training a German Shepherd takes time and money. But it pays off later on, especially if you live in an area where constant vigilance is required.

A German Shepherd with a protection training can be of high value. A trained GSD can cost up to $230.000.

A price tag that only shows how powerful and valuable a trained GSD is.

However, if your dog is not trained, or maybe still young, you may wonder if he’ll attack an intruder.

Will a German Shepherd Attack an Intruder if Untrained?

While a trained German Shepherd can be as protective as it gets. An untrained GSD is a bit different.

The short answer to this question is: it depends on the individual dog.

German Shepherd are naturally protective. However, the dog may not attack the intruder as a trained dog.

It will depend on your dog’s personality, temperament, and how connected the dog is to the home and you.

Some dogs will attack the intruder, while others won’t.

Why Is My Rottweiler not Barking? Here’s The Reason Why

Can German Shepherds Live in Hot Weather? 9 Tips For Summer

In fact, even the same dog’s response could vary across different times and circumstances.

However, most untrained GSD dogs, from my personal experience, will do the bare minimum to protect you and the house against any threat.

If the dog won’t attack the intruder, what will he do?

There are two scenarios:

1. The Dog Will bark

Not attacking the intruder, doesn’t mean your dog will stand still and watch.

The dog, by instinct, is mostly going to bark when he smells a strangers smell, to let you know an intruder is in the house.

In which case, you’ll have time to take action and call the police, or maybe get your gun loaded if you live in a rural area.

2. Will Scare The Intruder Away

Another scenario, the dog will leap in, bark and make noise and scare the intruder away.

Dogs bark at unexpected sounds and objects. They are easily distracted.

In addition to that, German Shepherds are big and could be scary to people with no knowledge about GSDs.

Most intruders will just get scared when they see a big scary dog staring at them, even if the dog is not gonna attack them.

When do German Shepherds learn to protect their owners?

German Shepherds, and dogs in general, usually protect what they deem theirs. What they believe is their own property.

Your dog will take action only when he sees you as his human, and your home as his.

This is the case across all mammals. Animals, including humans, protect what they deem their own property.

If the dog is new to the house, or still a puppy, then you should give him some time to feel home.

Should I Train My German Shepherd?

While obedience training your German Shepherd goes without saying.

Training your dog to protect you or the home depends on many factors, one of them is: where you live.

If you live an rural area, or in a neighborhood where you may get intruders, I highly recommend investing in training your dog.

There are two options to train your German Shepherd for Guarding your home:

1. Paying For A trainer

This is the recommended option for busy people with no budget constraint.

You can hire a trainer to train your German Shepherd to guard your home and attack any intruder.

Paying an expert to train your dog can save you a lot of time. A trainer has probably trained hundreds, if not thousands, of dogs.

German Shepherd guard training can get very costly. But it is worth the price for those with property to be protected.

At the ends of the day, you’ll have a highly trained dog that will make sure you are 100% safe.

2. Training Your Dog At Home

There is also the home training option for people with time, or with limited budgets.

You can train your dog yourself at home.

It will require a lot of time and patience. You will have personally to train and reinforce the behaviors you want to see in your dog.

It may be exhausting at the beginning, but it is a good way to spend more time with your dog. And you’ll learn a lot about dogs along the way.

Luckily enough, there is plenty of content online, free and paid, on how to train your German Shepherd at home.

GSDs are a very popular breed. There is no shortage in information on training online.

And with forums and Facebook groups, you can ask questions and get feedback from other German Shepherd owners.

A German Shepherd dog is as loyal and protective as it could get in a dog. No matter if trained or not, your GSD will do at least the bare minimum to protect you against any risk.

Once the dog senses you are in danger, he’ll do the best to help. If trained as a guard dog, the dog gets even smarter and stronger. He’ll fiercely attack the threat source.

If you leave in a rural area or in a neighborhood where you may get intruders, it is highly recommended to invest in training your dog for protection. 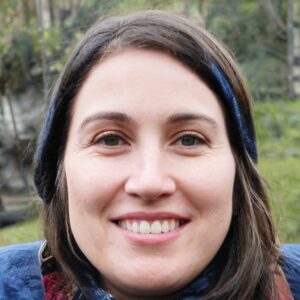 I'm a proud dog mom and a blogger at DogMomHub. I have lived with dogs since I was a kid. I love reading, wine, and writing about dogs. 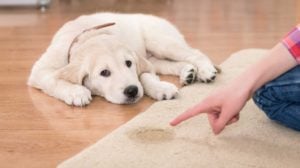 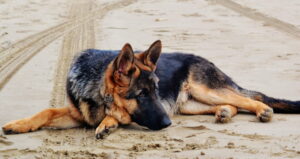 Can German Shepherds Live in Hot Weather? 9 Tips For Summer 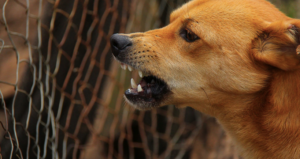 More Articles On Your Dog 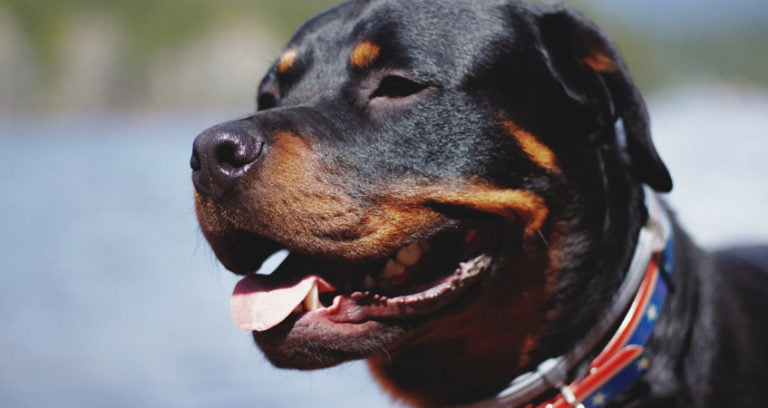 Why Is My Rottweiler not Barking? Here’s The Reason Why 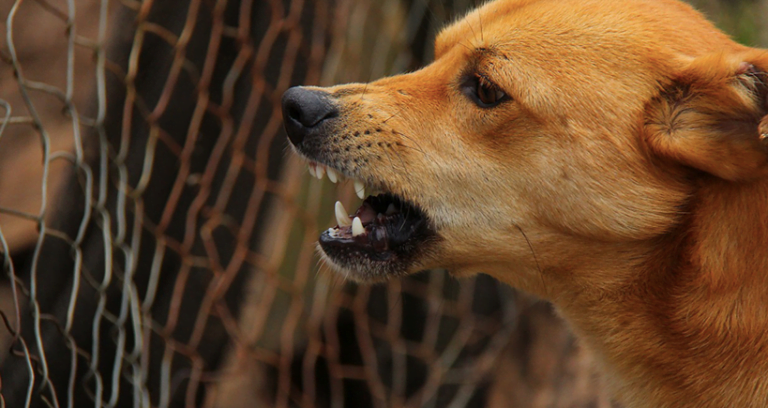 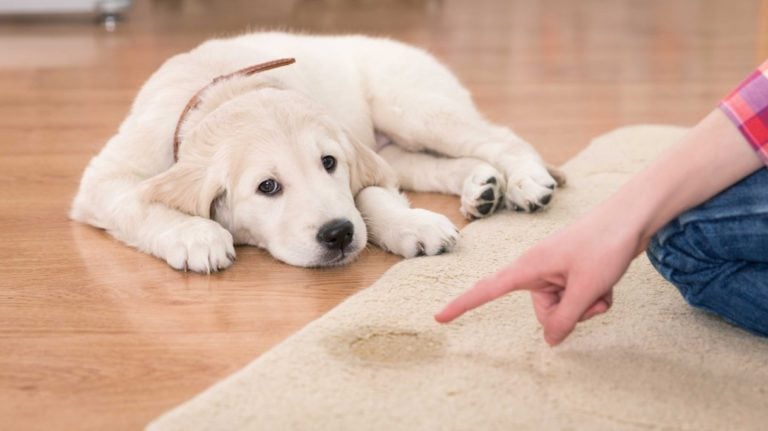 Do You Love Your Dog?

Yes, a free custom sticker of your dog's face.
You send a normal photo, we turn it into a sticker!

Safe and Secure Checkout With:

No products in the cart.

Get 20% off & Start Personalizing Your Shirt!

Upload your dog’s PHOTO and NAME in seconds, and we’ll make the best shirt EVER for you!

It’s quick and fun. Your dog will love it! 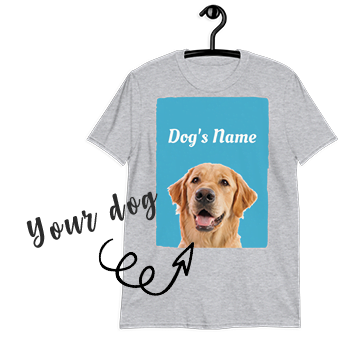